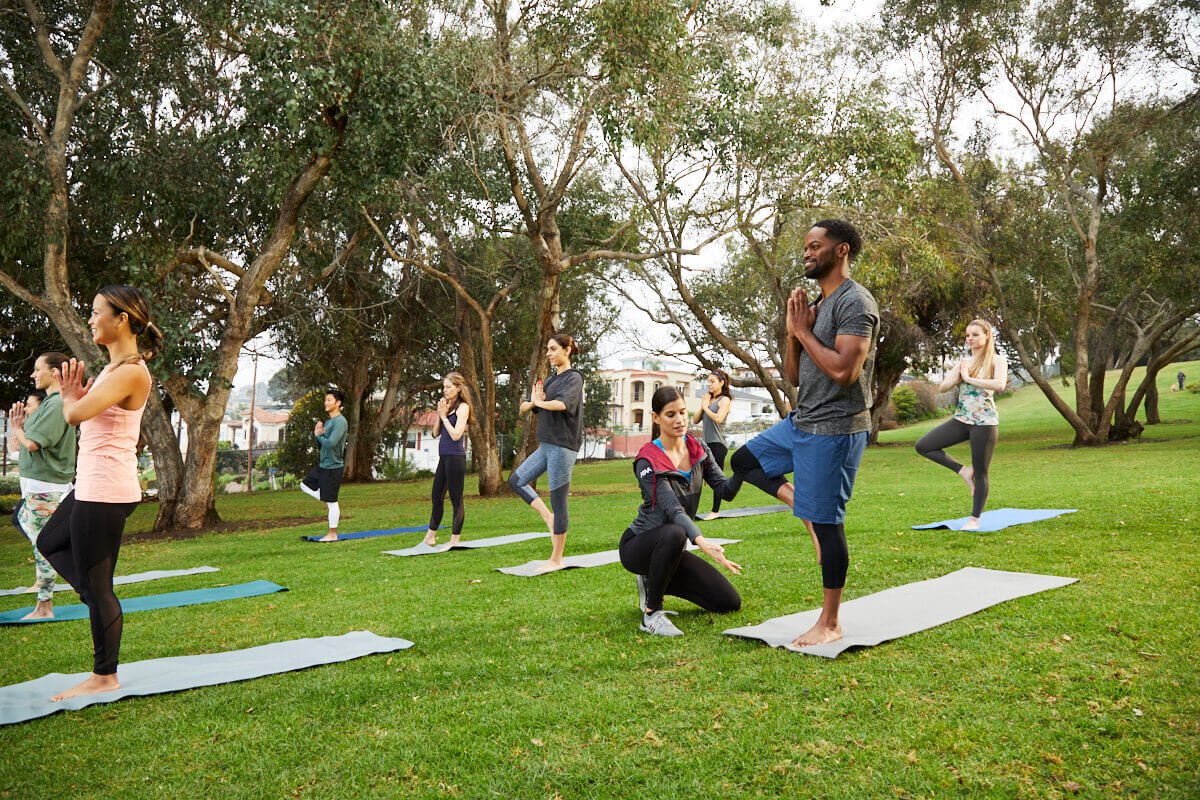 Yoga is not for fitness instructors who can’t jump around anymore, and yoga isn’t all about being flexible, at least not how one might think. Here in the west, we’ve adopted one limb of the yoga tree: The Asana or pose limb. Seven other limbs are a part of yoga. The exciting part of this is that yoga is much easier to incorporate into classes than one might think, and you don’t even need a mat.

The Eight Limbs of Yoga

The first limb is full of guidelines called the Yamas, literally translated as restraints. It contains five principles to follow:

Ahimsa, or non-violence
This stance guides us all to live together, to share and do what we want without causing harm to others or ourselves. Ahimsa is pretty straight forward and followed as we cue progressions and regressions

Satya, or truthfulness
Satya can be practiced in tow with non-violence when we begin to speak our truth without causing harm to others. In classes, we can speak compliments to others, and even ourselves.

Asteya, or non-stealing
Asteya doesn’t just mean stealing items from the store or others but goes deeper to not stealing others’ time or attention. It is practiced by starting and ending classes on time.

Brahmacharya, or finding the middle ground Brahmacharya can be taught in group fitness by not working out excessively and having a balance of strength and stretch, and rest and recovery in our classes.

Aparigraha, or non-attachment This Yama can is achievable in group fitness by turning the focus of the work out from wanting to burn a certain number of calories or reaching a certain number on the scale, to exercising because it feels good.

The next limb is very similar to the first and is also full of guidelines. These are the Niyamas or the “dos” of yoga.

Saucha, or purity
Saucha is the practice of keeping your facility clean and organized, sanitizing equipment, using music with clean lyrics, and other ways to keep classes positive.

Santosha, or contentment
Santosha is the practice of accepting things as they are. It can be seen in group fitness classes when competition to jump the highest, burn the most, or lift the heaviest is left at the door.

Tapas
Tapas is all over in group fitness classes. This Niyama is all about hard work, discipline, and sweat. It is working out with goals and recognizing the hard work you see in your students.

Svadhyaya, or self-study In the group fitness setting, it is studying your participants. Who needs a high five and who needs a smile? Who needs you to stand next to them and push them harder and who wants to stay in the back row?

Ishvara Pranadhana, or surrendering to a higher power Ishvara Pranadhana can be practiced by accepting schedule changes with a smile, handling comments from participants that may not always be positive, and dealing with management.

The third limb of yoga is the one we are all familiar with: Asana, or poses. The literal translation of Asana is to take a seat. It is an easy limb to incorporate in each group fitness class. At the end of class, as you’re transitioning participants back into their routines, add a stretching pose like dancer’s pose. It is a great pose because not only does it stretch the hip flexors, quadriceps, and shoulders, but it also helps work on balance.

The fourth limb is pranayama. It is the limb of breath and breathing practices. The word pranayama in Sanskrit is translated to control of energy. Control of breathing is just as valuable during a cardio-vascular workout or Pilates workout as it is during yoga. An easy breath practice to include in your group fitness classes is three-part breath.

Three-part breath is done by taking an inhale in three parts: filling the belly, the chest, and then up to the shoulders, exhaling it all out through an open mouth. It can be done three or four times in unison. It will also help create a sense of community within the class.

Pratyahara is the fifth limb. It is the limb that focuses on withdrawing the senses or just focusing on one sense. It is a great tool in group fitness classes. Get participants to hone in and focus on the biceps as you bicep curl, then slow down the movement and bring all the energy and attention there.

The last three limbs deal with mindfulness. Mindfulness or meditation have both become buzzwords in our culture. They are both simply asking for single-minded focus or concentration. These are great tools to bring into group fitness because they build on all the other limbs. Class participants practicing Dharana and Dhyana won’t get distracted by competition or the worries of day to day and can then feel the benefits of a focused workout. Group Fitness Instructors that practice Dharana and Dhyana while teaching will stay present and focused on their class and responsibilities. Their cuing will be on point, and their participants will feel and appreciate the focused attention.

Bringing any of these aspects of yoga to your group classes will transform your participant’s workout experience and give you more tools as an instructor.

Yoga is not for fitness instructors who can’t jump around anymore, and yoga isn’t all about being flexible, at least not how one might think. Here in the west, we’ve adopted one limb of the yoga tree: the Asana or pose limb. Seven other limbs are a part of yoga. The exciting part of this is that yoga is much easier to incorporate into classes than one might think, and you don’t even need a mat.

Amy Davis is an AFAA Master Instructor and fitness professional with a wealth of knowledge on all things Group Fitness! 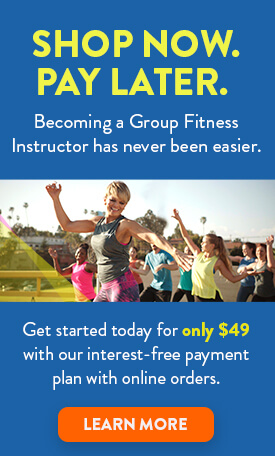